A short but noticeable drought from MMA in the past few weeks will be brought to an end with the latest UFC card in Mexico City, Mexico headlined by none other than recently dethroned lightweight king Rafael Dos Anjos as he looks to rebound against rising contender Tony Ferguson this Saturday.

In the co-headliner, Martin Bravo squares off with Claudio Puelles in “The Ultimate Fighter Latin America 3” lightweight tournament final.

The rest of the main card will feature some more exciting matches most notably a featherweight clash between Charles Oliveria and Ricardo Lamas, Diego Sanchez faces prospect Marcin Held and Beniel Dariush looks to rebound against Rashid Magomedov.

Its been a turbulent time for the ultra competitive light weight division throughout the past few years and just as soon as we thought Raphael Dos Anjos would cement his place as an all time great at 155lbs his belt was snatched away from him courtesy of a huge right hook from the “Underground King” Eddie Alvarez.

Looking to rebound from this devastating loss Rafael Dos Anjos will return to the octagon against equally feared Tony Ferguson.

Tony Ferguson has been on somewhat of a tear the past few years destroying everybody that steps foot across the cage from him and with a 7 fight win streak with 5 of those wins coming by way of submission or decision its difficult to see why so many people are overlooking him.

Fergusons strength are obvious. With his inhuman ability to absorb punishment, as displayed against Edson Barboza, and his will to push the pace as displayed against late replacement Lando Vannata.. Ferguson isn’t entirely dissimilar to Dos Anjos in his approach to the fight either mixing levels frequently as well as trading his kicks and punches equally.

Although its the in cage approach that looks dramatically different where Dos Anjos will look for more traditional Muay Thai entries and exits Ferguson will be throwing spinning elbows and rolling for leg locks given half a chance. Although he would be wise to avoid the top game of Dos Anjos in this fight its the unpredictability of Ferguson that presents such a threat.

Dos Anjos has improved leaps and bounds in the past few years culminated in a champion win streak against some of the best 155lbs on the planet. He uses his brutal left kick from the southpaw stance as well as looping lead hooks to halt his opponents lateral movement whilst his quick feet showing some of the best cage cutting movement in the UFC. Dos Anjos is incredibly durable as well as supremely conditioned and both these attributes will be tested against Ferguson. 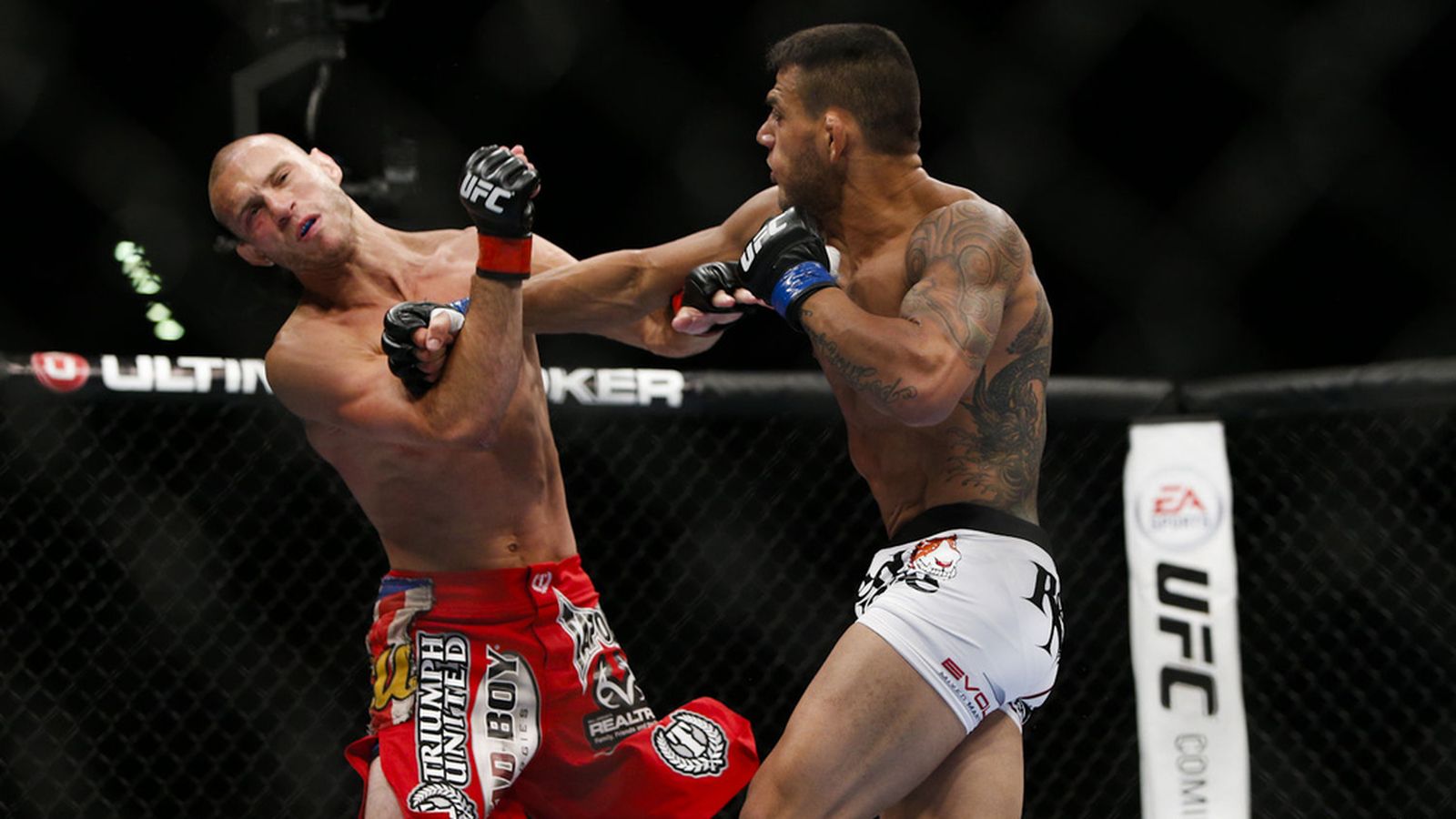 Fergusons keys to victory would be to keep a measured pressure and ultimately try to keep Dos Anjos on the back foot which is a feat not easily accomplished. Another important thing to remember is the psychology of Dos Anjos coming in to this fight. This is Dos Anjos first fight back after losing his belt in a dramatic fashion to Eddie Alvarez by a brutal and sustained barrage of punches. He cannot afford to be tentative against Ferguson who builds a ferocious pace throughout the course of the fight.

Against the odds Ferguson rallies through an early barrage from Dos Anjos to begin consistently landing his jabs and elbows to wear down a gassed Dos Anjos in the championship rounds.

Click below to get @ odds as high as 2.25 in Tony Ferguson on any one of our Sportsbooks.

November 3, 2016 Posted in events, News, Uncategorized by admin • No Comments

You Bet Yah provides up to date MMA news and MMA betting tips from around the world.

We also provide the most reputable sports betting websites on the net, whether it’s their user interface or the bonuses they provide we will show you where the best betting offers out there are for MMA, UFC and other combat sports.

Looking for more great gaming sign up bonuses? We’ve got you covered. Visit our sister site www.bestbingobets.com for all your favourite slot games & bingo site reviews with free bet no deposit bingo, free spins no deposit required as well as huge welcome bonuses a

We use cookies to ensure that we give you the best experience on our website. If you continue to use this site we will assume that you are happy with it.OkPrivacy policy